LawCan One File A Lawsuit For Emotional Abuse?

Can One File A Lawsuit For Emotional Abuse? 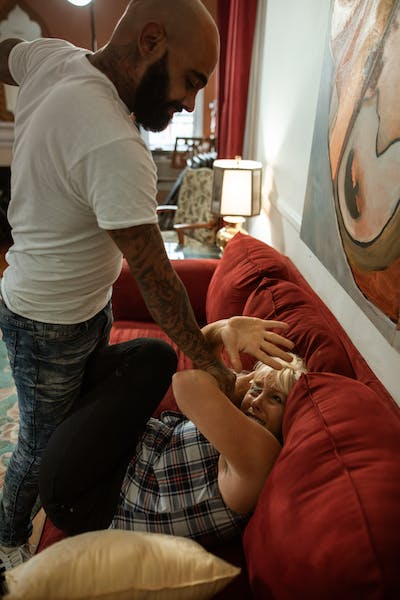 Abuse can take different forms: emotional or physical. Survivors often suffer from various adverse impacts these assaults can have on them. More than the physical injuries, this leaves them with a lifetime of trauma.

These offenses are often associated with serious punishment from the US justice system. It is necessary to recognize the effects of these acts on the emotions of the survivors as many of them need to go to years of therapy just to get through their past.

Indeed, many people have suffered from all kinds of abuse over the years. They end up getting scared to speak their truth. After all, our society makes it hard for many survivors to share their stories. For this reason, many have wondered if it is possible to file a lawsuit against an emotional abuser. In this guide, we will explain more about this in detail.

What Is Emotional Abuse?

Emotional abuse is a mental anguish that is largely psychological and non-physical. According to the law, emotional distress is recognized as a state of mental suffering. This can occur due to the ignorant behavior of another person.

It is even possible for bystanders to assert a civil lawsuit that alleges emotional distress. These are people who might have experienced emotional trauma, as well as their relatives. The causes of emotional distress are numerous. Some of these include the following:

There are cases when survivors may only be able to file a lawsuit for emotional damages. This particularly true when the incidents caused physical harm or threat. Yet, in recent times, certain courts have recognized the importance of awarding monetary damages. This is awarded to victims of emotional distress. This is done without the need to prove actual physical harm.

This could include sexual harassment or defamation. Sometimes, an expert’s opinion might be required to prove emotional distress. They can also help in analyzing the various monetary damages that are related to the injury.

Mental or emotional abuse is a major aspect of different crimes and civil legal claims. Usually, this involves repeated patterns in which the offender makes use of:

All these elements are used against another individual. The offender does this to impose a form of superiority over the victim.

Furthermore, it is no stretch to affirm that emotional abuse is an extremely dangerous abuse type. This is often related to family law cases. There are numerous definitions of abuse. This is because there are various forms of abuse. Simply put, emotional abuse can take place whenever there is an imbalance of power or control.

When one individual is going through an abuse mentally or physically, we can ask for the domestic violence lawyers to help.

When this imbalance is used to oppress or control the decision of another period, the results are depression or anxiety. However, it must be stressed that emotional abuse is just a situation that results when power and influence are simply one-sided. Other results that can accompany emotional abuse include:

Over a certain period, a cycle of abuse can exist. The result of this is emotional damage or a psychological imbalance for the survivor. Then, it is possible for the victim to sue this perpetrator for damages. However, this is based on the specific details of the case.

Is It Possible To Sue For Emotional Abuse?

Evidence Can Help Build Your Case

You might wish to sue for emotional abuse or other abuse types. Then, you should work with a top domestic violence lawyer. With that, you can gather the necessary evidence to assign liability.

This evidence can range depending on the situation or case. Yet, you can build up a more comprehensive conception of how much damage the abuse has caused to you.

Some relevant evidence that can help build your case is listed below:

You should have this kind of evidence with you. This will help you manage your compensation expectations. It will also boost the chances of winning the case.

Work With A Good Attorney

As stressed earlier, working with a top domestic violence lawyer can be quite helpful. Then, it becomes easier to file a complaint against a party or an institution that might have taken advantage of you one way or the other.

Emotional abuse is caused when a person behaves in a way that can result in mental or psychological trauma to another person. The symptoms might even become physical for the victim. The survivors often suffer from the lasting effects of these bad behaviors.

Some of the signs and causes of emotional abuse have been listed above. If you wish to file a lawsuit against an emotional abuser, then you have the right to. Domestic and emotional abuse is strictly prohibited in the United States. However, you must build your case with relevant evidence.

The service of a top domestic violence lawyer can be quite helpful. Then, you can take the necessary steps to sue your abuser.

Next articleCriminal Defense 101: How to Defend Yourself in a Criminal Case?